Cox & Company's senior management team has over 100 years of combined experience at Cox and over 200 years of experience in the aerospace industry.  Details for each senior manager are provided below - to request a person's contact information, contact us per the information listed in our Contact Info page and your request will be forwarded to the correct department.

Mr. Smith has successfully managed or contributed substantially to each EMEDS application since its inception. These include especially the adaptation of EMEDS to the stabilizers and wing tips of the Marine Multi-Mission Aircraft, (The Boeing Company) the Premier 1 Hybrid Ice Protection System, the Hawker 4000 (previously Horizon) Horizontal Stabilizer Ice Protection System, and the Honda Light Jet Airplane Horizontal Stabilizer Ice Protection System. He has managed each of these programs to a successful conclusion, has communicated with each customer and subcontractor, and has directed Cox resources including engineering, Quality Control, Manufacturing and Customer Support.

Mr. Smith holds a Bachelor of Science Degree in Materials Engineering from the Rensselaer Polytechnic Institute. He has served in various departments and programs during his time at Cox, holding positions such as Quality Assurance Engineer, Manufacturing Engineer, Project Engineer and Engineering Project Manager.

Mr. Jaffe joined Cox & Company in 2006. He is currently responsible for overseeing the Accounting, Human Resources, and Payroll Departments as well as administering the 401(k), ESOP, risk management and negotiation of credit lines. Prior to joining Cox, he was CFO at IMPAC Logistics Services in Secaucus, New Jersey. He has over twenty-five years of experience working in the manufacturing and financial industries.

Mr. Jaffe has a Masters Degree in Taxation from Fairleigh Dickinson, a Bachelors Degree in Accounting from Franklin & Marshall and is a Certified Public Accountant in New Jersey.

He holds a Doctorate in Engineering Science from the University of Toledo where he studied the physics of runback water on thermally anti-iced aircraft surfaces. He worked in the Icing Technology Branch at the NASA Glenn Research Center, as a recipient of a National Research Council award. While at NASA, Dr. Al-Khalil developed the ANTICE computer code for electro-thermal and hot air anti-icing systems simulation, which is currently integrated in the NASA LEWICE icing simulation code.

Laura holds a B.S. in Materials Engineering and M.S. in Materials Science/Metallurgy from Rensselaer Polytechnic Institute. She also has certifications from the American Society for Quality in Quality Management, Audit and Lean Six Sigma.

After working as a design engineer at General Electric for one year, Mr. Bozek joined Cox & Company in 1986, just one year after graduating from Manhattan College with a BS degree in Mechanical Engineering. As a design and project engineer, he worked on mechanical packaging of temperature controllers along with heater designs for a number of electro-thermal ice protection systems. His job responsibilities include work on: Aerospatiale Dauphin Ice Protection System, Apache Nose Gear Box Fairing and Controller, B-1B Vane Electrical Heating System and the Saab 340 Heated Engine Inlets. He received his MS degree from Columbia University in Mechanical Engineering in 1991 with a specialization in thermal system designs.

In 1992, he was promoted to the position of Senior Project Engineer for all composite programs within the company. Shortly thereafter, he was promoted to Manager of Customer Support, where he oversaw the day-to-day operations with all customers from a technical and administrative perspective, including field service operations. He expanded the company's training and familiarization programs, which assisted the end users with the operational attributes of Cox's products. In 2007, he was promoted to Marketing Manager and put in charge of all new proposals and direct sales and marketing activities. After playing a key role in a number of new programs involving the P-8A, AW129, AW189, B777, B787, A350 and AH-64E, he was promoted to his present position to focus on joint ventures, mergers and acquisitions and new product development. 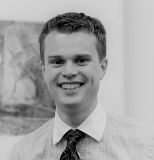 Mr. Gilbert originally joined Cox & Company in 2006 as an electrical engineer, and rejoined the company in 2014. During his initial 6 years with Cox & Company, he transitioned from a design role to program management focusing on Cox's EMEDS and TMEDS technologies. Most recently, Jared worked as a Vice President at the J.P. Morgan Private Bank, a world-class wealth management firm. His experience at J.P. Morgan includes a strong emphasis on strategy identification and global implementation, process improvement and change management. Earlier in his career, he worked at The Boeing Company in Long Beach, CA supporting the C-17 Globemaster III aircraft. He brings his depth of experience, technical skills, and management capabilities to his current position where he is in charge of business development.

Mr. Gilbert holds a Bachelor of Science degree in Electrical Engineering and Applied Physics from the Rensselaer Polytechnic Institute, and a Master of Business Administration from the NYU Stern School of Business with specializations in strategy, marketing and finance.

Mr. Karalekas joined Cox & Company in 1998. He began working in our Customer Support department with the main function of overseeing customer returns on our Saab 340 engine anti ice inlet product line. Since that time, he has assumed the position of Sales Manager where he currently oversees the Contracts and Customer Support Department. While attending college and prior to working at Cox Gus worked with American Airlines as a customer service representative.

Mr. Karalekas holds a Masters of Business Administration in General Business Management and a Bachelor of Science degree in Aeronautics from Dowling College.

Mr. Persaud joined Cox in 1989 as an electrical test inspector. Since that time, he has moved to his current position of Director of Operations where he is responsible for the day-to-day operations of the following departments: composite fabrication and finishing, electronics assembly, temperature control, de-icing assembly, and facilities.

Mr. Fetter joined Cox & Company in 2010. He has over 20 years experience in infrastructure, systems technology, and operations management. Throughout his career he has held a number of leadership positions working as a Consultant, Systems Manager, Manager of Information Systems, and as a Director of Information Systems.

Most recently, Adam worked as the Director of Information Systems for DOAR Litigation Consulting, a premier litigation consulting firm. His experience at DOAR includes a strong emphasis on cutting edge enterprise level technology solutions, best practices, and consistency. He brings his depth of experience, technical skills, and management capabilities to his current position where he is in charge of Infrastructure, Systems, Communication Technologies, Security & Compliance, and Technical Support.

Mr. Wohlgemuth joined Cox & Company in 2019. He has over 20+ years experience in all types of manufacturing. From printed circuit boards, to high voltage power supplies, full control systems, to sheet metal fabrication, he has been able to implement Lean practices in all aspects of manufacturing and office activities. In his history Brian has held the positions of process engineering, quality engineer, supervisor, manager, and Director of Lean / Operational Excellence.

Mr. Wohlgemuth has a Bachelors of Science with a concentration in Management Information Systems and a minor in Industrial Engineering. He has earned his Six Sigma Green Belt and Black Belt Certifications through the UTPA.